Back to Blog Posts
Prev Next

Mortgage rates dropped due to the Federal Reserve lowering rates in response to COVID-19. Record low mortgage rates are expected to stay near all-time lows through 2020, at least according to Freddie Mac's latest forecast published November 1, 2019. 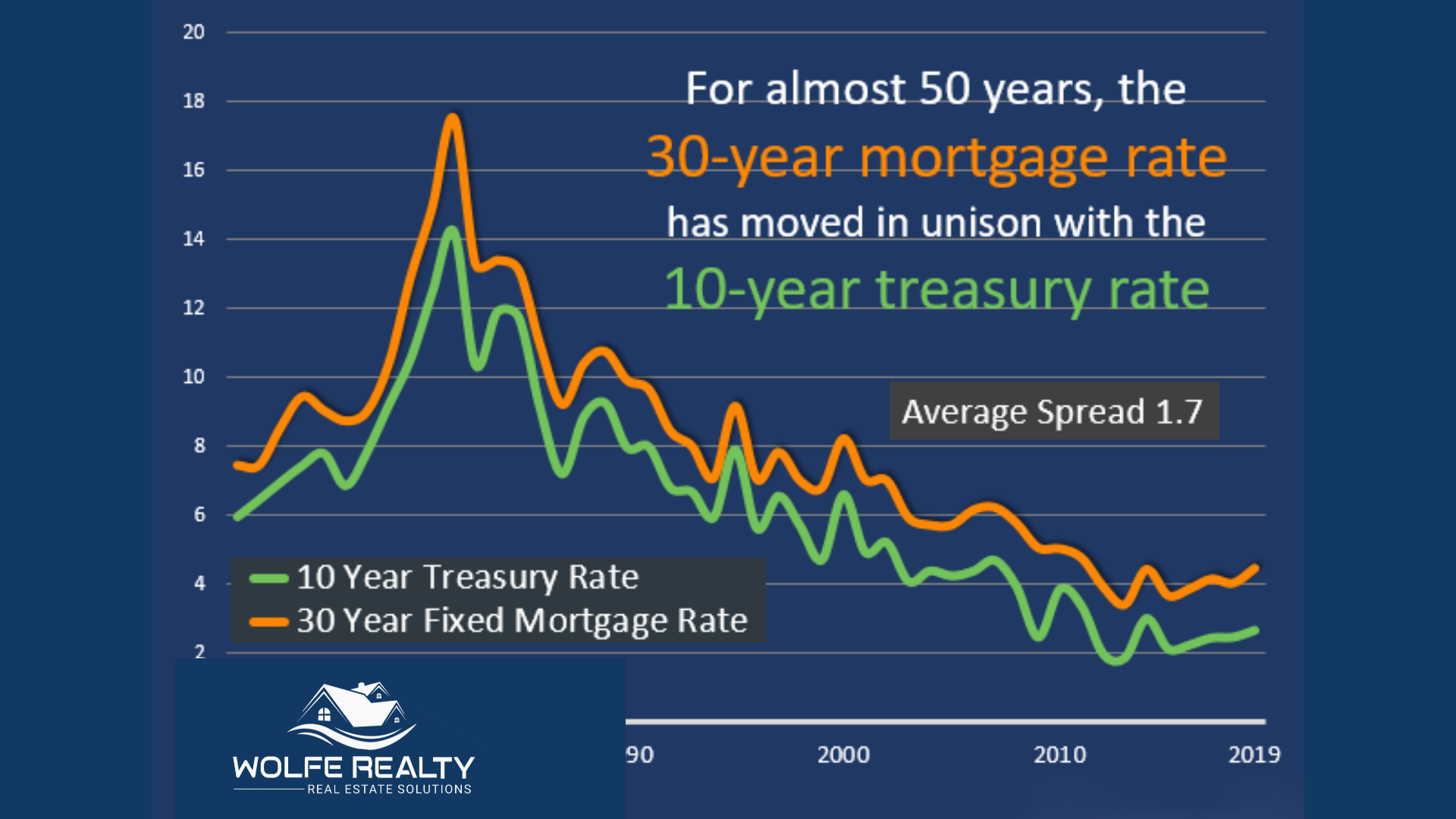 Mortgage rates have fluctuated significantly in the past several decades. Throughout the 1970s until 2019, mortgage rates included two major jumps to 14 percent. Another spike occurred in 1980 to 1981, when rates jumped from 9 percent to 15 percent within a year. The 1980s saw six years of mortgage rate increases, including a jump from 9 percent to 13 percent in 1981. The mortgage rate hikes during this decade ended at the end of 1989, when rates reached 10 percent, according to government data. Before then, significant jumps were seen during other time periods.

When you decide to refinance, you'll learn that there are a number of options available. These can affect how much you pay each month and over the term of the loan.

So, What Impacts the Yield Rate? 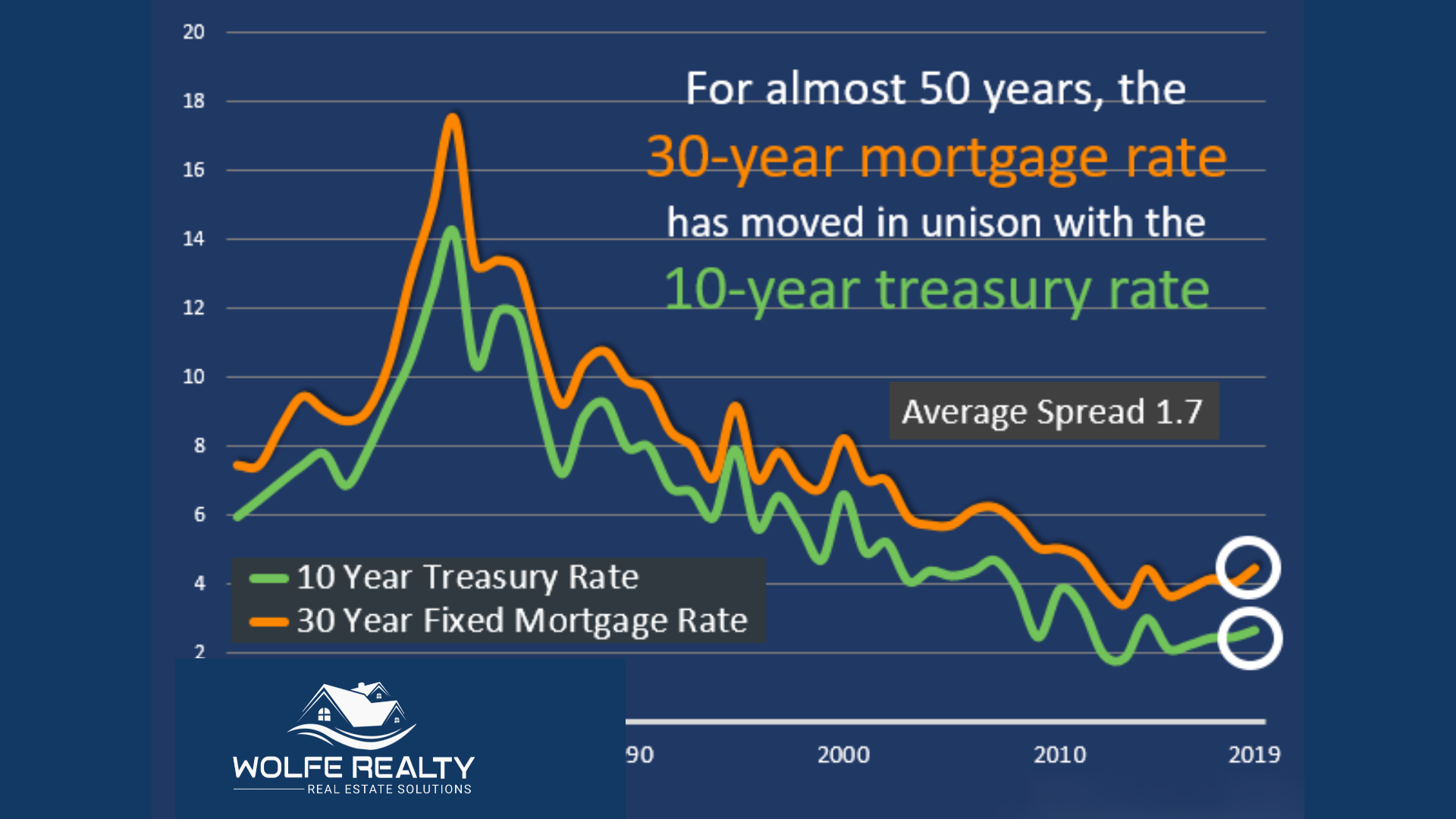 The 10 Year Treasury Rate is the yield received for investing in a US government-issued treasury security that has a maturity of 10 years. The 10-year Treasury yield is included on the longer end of the yield curve. Many analysts will use the 10-year yield as the "risk-free" rate when valuing the markets or individual security. Historically, the 10 Year treasury rate reached 15.84% in 1981 as the Fed raised benchmark rates in an effort to contain inflation.

The 10-year Treasury yield is one of the most important economic indicators to track. It impacts nearly all other interest rates and helps determine mortgage rates, car loan rates, savings accounts interest rates, and so much more.

“There are a number of economic factors that impact Treasury yields, such as interest rates, inflation, and economic growth.”

When the market is up there are concerns about inflation. The treasury yield increases in value since it serves as interest for the government. That increase affected mortgage rates.

What Does This Mean for You?

Khater, in the Freddie Mac release mentioned above, says:

“We expect mortgage rates to continue to rise modestly which will likely have an impact on home prices, causing them to moderate slightly after increasing over the last year.”

Nadia Evangelou, Senior Economist and Director of Forecasting for the National Association of Realtors (NAR), also addresses the issue:

“Consumers shouldn’t panic. Keep in mind that even though rates will increase in the following months, these rates will still be historically low. The National Association of REALTORS forecasts the 30-year fixed mortgage rate to reach 3.5% by mid-2022.”

“You know, the fallacy of economic forecasting is don’t ever try and forecast interest rates and or, more specifically, if you’re a real estate economist mortgage rates because you will always invariably be wrong.”

If you're a first-time homebuyer or a current homeowner thinking of moving into a new house, be sure to follow mortgage rates. It may affect your decision. 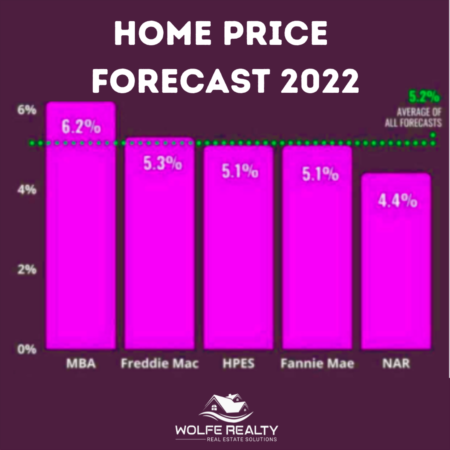 To analyze the real estate market. One way involves looking at how much (or how little) home prices have changed compared to the basics. In other ...Read More

For many buyers, paying more than list price for a home goes against the grain—or, more specifically, the sense they’re always supposed ...Read More

A cash offer refers to an all-cash offer made by a purchaser to the seller in a real estate transaction. The purchaser does not need a mortgage loan ...Read More

Have a Question or Want a Free Market Report?

Contact Us
Questions? We're Here to Help
Recently From Our Blog

Have a Question or Want a Free Market Report?